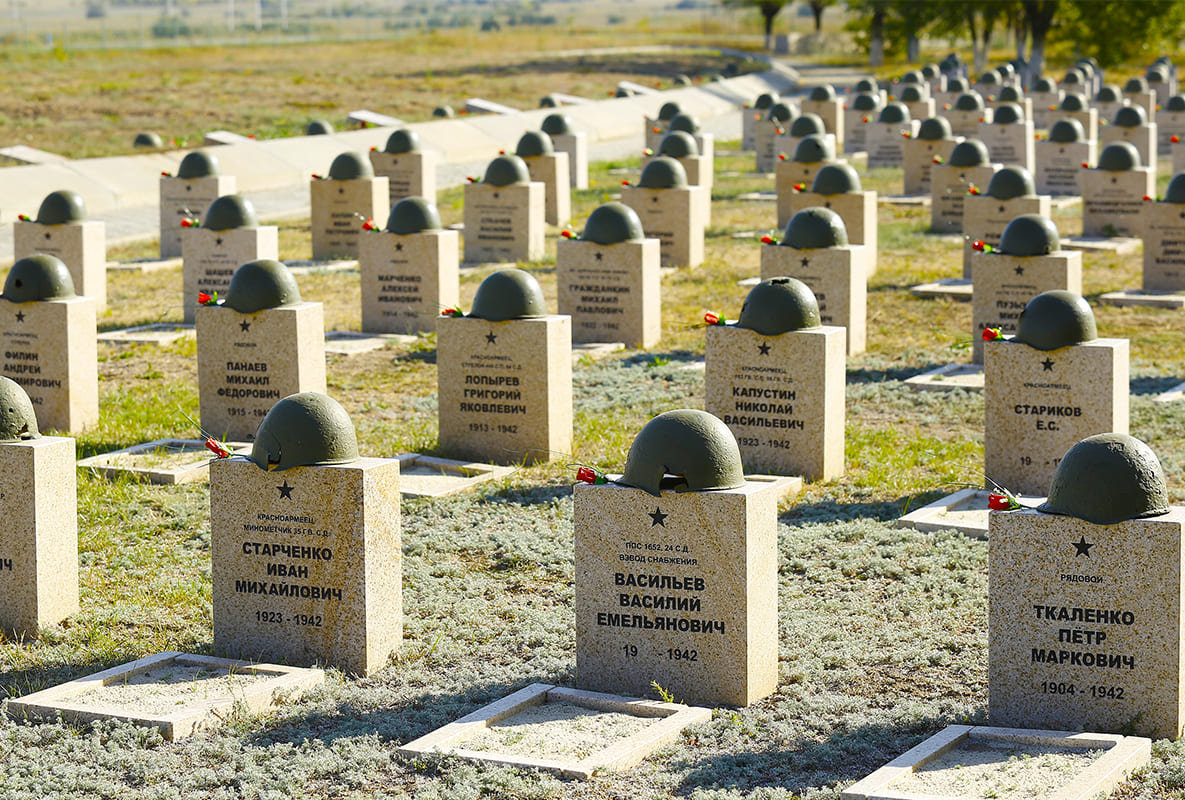 You will never forget this emotional visit to this tragic site. Such places like Rossoshki have a very special atmosphere with a very special impact on visitors.

What expects us here at the military memorial?

A very impressive modern architectural monument. But on the top of it you will hear and definitely be impressed by the true story of the memorial constructed in the place of two villages of the XIX century named after a small river - Little and Big Rossoshkas, rich and happy. And burnt in August, 1942, by the 6th field army invading the area. And making it a location of a concentration camp for Soviet POWs and a German airfield - one of 7 around Stalingrad. Burial location of the invading Wehrmacht. Shortly before and soon after - a battlefield of fierce fighting of Soviets against Germans' tanks. And still providing tragic war relics for the local museum and soldiers' remains for cemeteries.

Since 1997 - the last resting place of thousands of Soviet soldiers in the War Memorial of Soviet Warriors Fallen in the Battle of Stalingrad. Across the road lie buried Wehrmacht and Romanian soldiers - in German soldiers' cemetery and in Cemetery of Romanian Servicemen. In absolute silence emphasized by the silent bell in the hands of the sculpture "Mourning" by Volzhsky sculptor Sergey Scherbakov. In cemeteries which continue to grow.

The memorial vividly represents the huge loss and sacrifice of the Russian people and a huge tragedy for Germans. And provides hope for peace. A visit to Rossoshki is an integral part of any historical tour of Volgograd.