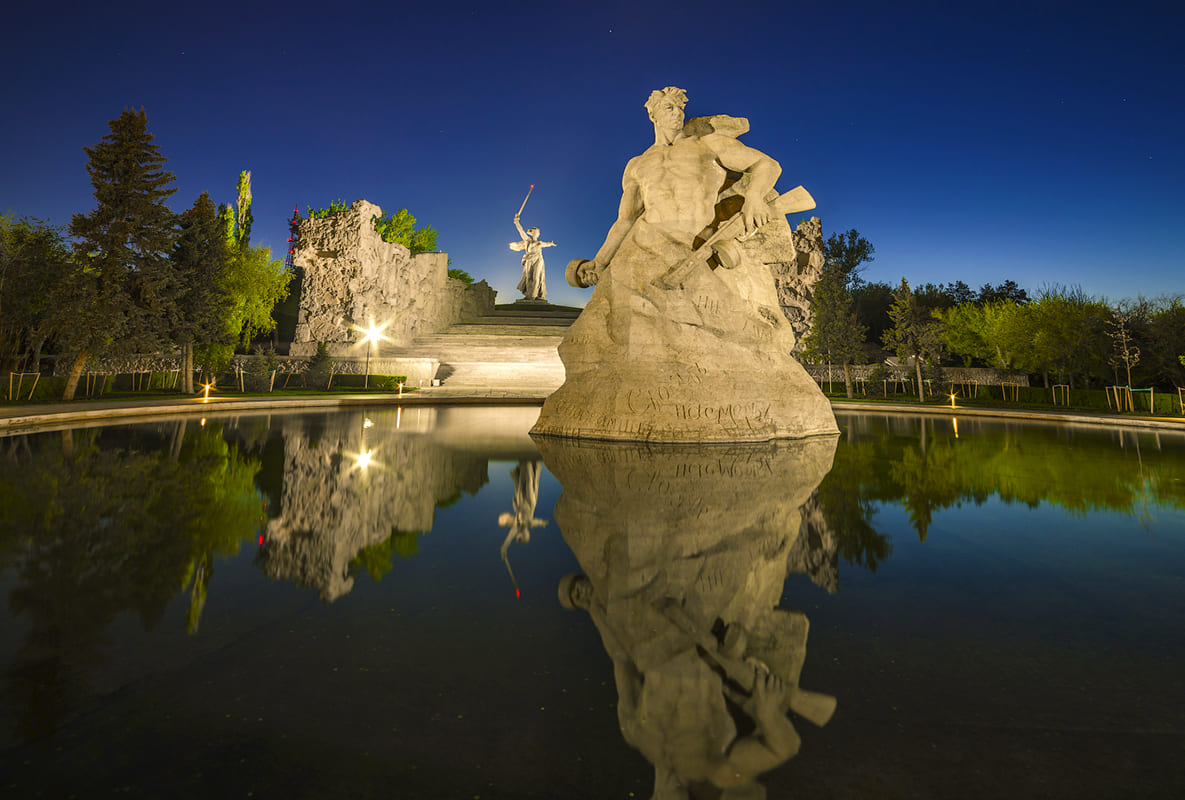 Mamayev Hill (Mamayev Kurgan) - the Main Height of Russia, A world famous height overlooking the city of Vоlgograd, former Stalingrad. One of the 7 Wonders of Russia and an integral part and a number-one place to visit in any historical tour of Volgograd (former Stalingrad).

From September to January, 1942 - 1943, one of the major battlefields in the Battle of Stalingrad - the most devastating in the history of the mankind. During 135 days the Height 102 as it appeared in the military maps witnessed the mass feats and noble self-sacrifice of Soviet soldiers fiercely fighting against fascist invaders.

Even if you are an expert in the Battle of Stalingrad you will find here a new dimension indulging deep into the great Battle with every guided step discovering new facts and new emotions. You will hear the "voice" of the Kurgan and original sounds of the battle. See faces of immortal heroes and watch the change of Honorable guards at the Military Glory Hall.

You will be undoubtedly impressed by the view of the internationally famous sculpture "The Motherland Calls !" (Mama Russia) - the symbol of Russia included in the Guinness Book of Records and the landscape mark of the city, the largest free-standing sculpture in the world. It crowns the Mamayev Hill and the last resting place of 35 thousand heroes of the Battle of Stalingrad - soldiers and generals. Close to their burials you will find the grave where lies buried the Marshal of the Soviet Union Vasily Chuikov who led the 62 Army and wished to remain in this city for ever.

Along with a special and a very strong atmosphere of the historical place the memorial itself has a very strong emotional impact on visitors. Emotions you have never experienced and a strong message from the heroes who saved the world from fascism will make you feeling catharsis-like leaving part of your soul in this great city.

Mamayev Hill (Kurgan) with the sculpture "The Motherland Calls!" - one of the 7 Wonders of Russia and an integral part and a number-one place to visit in any historical tour of Volgograd (former Stalingrad). Now you know - why.